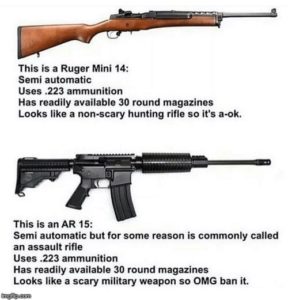 As I’m sure many of you are aware, Dick’s Sporting Goods has recently decided to get political and determined that they will no longer sell “high-capacity magazines” or “modern sporting rifles”. They also announced they are raising the age to purchase firearms and ammo to 21, regardless of the fact that Americans have to register for selective service at age 18. Just when firearms enthusiasts and believers in the Constitution thought it couldn’t get any worse, the CEO of Dick’s proudly revealed that they hired lobbyists to push Congress for stricter gun control measures. Furthermore, I wish I wasn’t kidding when I tell you that they proclaimed that they will be destroying all of their firearm inventory they pulled off the shelves. Keep in mind that all of these decisions also affect Field & Stream which has been a subsidiary of Dick’s since its debut in 2013. 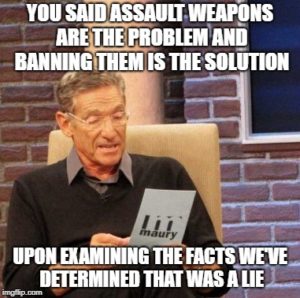 The National Shooting Sports Foundation (NSSF) is one of the recent organizations to kick Dick’s to the curb after an obvious conflict of interests arose. The NSSF is the firearm industry’s trade association and lobbying group and is a major influencer in the firearms community. As a result, big names in the industry have decided to follow suit and abandon the sporting goods giant. O.F. Mossberg & Sons was one of the biggest companies to pull out from Dick’s and they made sure their intentions were clear from the onset. In fact, the CEO of Mossberg boldly states that “Make no mistake, Mossberg is a staunch supporter of the U.S. Constitution and our Second Amendment rights, and we fully disagree with Dick’s Sporting Goods’ recent anti-Second Amendment actions.”

Similarly, Springfield Armory split with some serious conviction and noted that “Their position runs counter to what we stand for as a company. At Springfield Armory, we believe in the rights and principles fought for and secured by American patriots and our founding forefathers, without question. We will not accept Dick’s Sporting Goods’ continued attempts to deny Second Amendment freedoms to our fellow Americans.” After market leaders like Mossberg and Springfield alienated themselves from Dick’s, other companies slowly started to pull away, including Hogue Inc.

Additionally, MKS Supply proudly stated that “We believe that villainizing modern sporting rifles in response to pressure from uninformed, anti-gun voices is wrong. We believe that hiring lobbyists to oppose American citizens’ freedoms secured by the Second Amendment is wrong.” Although many people may be unfamiliar with MKS Supply, they are responsible for marketing guns and accessories from Inland Manufacturing and Hi-Point Firearms. We believe that it’s up to us, the firearms community and defenders of the Constitution, to show that decisions like this will benefit nobody. They may have the right to do business as they like, but it’s up to us to prove to them that they’ve made a big mistake.

Thanks for joining us here at Gunivore & Don’t forget to follow us on Facebook for more riveting news and reviews!