Gun technology today has grown in leaps and bounds. It is rare that you will encounter a firearm that doesn’t work or has stoppage issues right out of the box. The trend is to build lighter, compact, modern-looking, efficient, reliable weapons. Both the Glock 19 and CZ P09 have their ups and downs, so I wanted to put them up against each other.

This is my Glock 19 VS CZ P 09 shootout, two of the more popular guns on the market today. They have certain similarities and are often compared together.  They also have certain distinct differences.  Either would be a good choice. Choosing one over the other wouldn’t be a disastrous mistake, but there are differences that personal preferences may dictate one over the other. 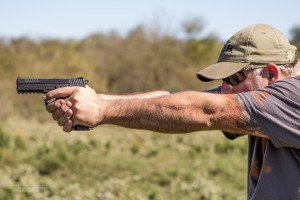 Just a small blurb about myself: I am an army combat vet and I volunteered with the police for 7 years. I have carried a pistol daily for nearly half my life. My style of shooting is very much geared towards combat, fast and lethal. I don’t do competition shootings. I don’t stand and take an extra two seconds to sight exactly between the sights. I don’t recommend that for those new with pistols, and it of course is a skill that has come from years of shooting, but as you will see, it has colored my specific opinion. While I currently own and carry a Glock 19 gen 4 and shoot it almost weekly- I have seen the CZ P-09 on the range I go to, and it is also a popularly purchased gun there.

I’m not looking at a spec sheet; you can find plenty of those on the internet.  This is my reaction based upon feel and experience.

Like many modern pistols, both guns have lower-half polymer frames, enabling less weight than the all-metal guns like the SIG Sauer P226.  Both are a stark black color.

The slide of the Glock is flat on top and of the CZ slightly rounded.  As I said, I don’t usually use sights- I use the slide as a pointing finger to the target and I found that with the flat wider slide top of the Glock it is slightly easier for me to acquire the target. On the CZ, the slide rides inside the frame rails rather than outside. Though some shooters, myself included, do not care for the reduced surface area with which to manipulate the slide and instinctively sight, this unusually tight slide-to-frame fit enables a very efficient barrel lockup, providing exceptional accuracy.

The Glock’s slide ribs (slide grips) are more pronounced, wider and straight up and down instead of the CZ’s slightly angled ribs making the Glock a tad easier to hold and rack the slide. The feature of the front slide ribs which was added assuming it would be viewed by people as a plus was seen to me as a negative. In holding the front ribs to rack the slide you winds up covering the ejector port which could cause stoppages.

The Handles and Magazines 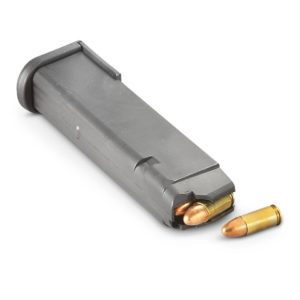 The handle is similar and on both guns, and with the generation 4 Glock the back-strap can be changed to adjust for different sized hands, giving the same benefit as the adjustable CZ. The Glock slide release on the earlier generation Glocks was flat and a bit harder to lower, but with a wider lever on the generation 4 both the Glock and CZ’s slide releases are easy to activate. Both have Picattiny rails for a laser or flashlight attachment, and both guns are totally reliable.

Both supply full 9mm power, though the CZ does have an additional 4 bullets in the magazine and that is certainly nothing to sneeze at. This is the main reason for the size and weight difference between the two weapons, and in order to accommodate such a magazine, the CZ-P-09 had to be larger and not as comfortable to carry concealed within the waistband.

Both have nice sized magazine release buttons.  The metal magazine falls free and easy with the CZ, but the plastic magazine against the plastic inside of the Glock handle is not quite as smooth. That has never been a critical issue for me, but I thought I would add it as another CZ benefit. Both have textured handles, the handle of the CZ being a bit longer which sat better a bit in my large hand.  I personally counter the handle length by adding a heel to my Glock 19 magazines because of my wide fingers. For me it is a perfect fix and it is very comfortable. A nice feature on the Glock is the grooves on the handle for the fingers. The grooves insure the same hand hold every time and give a more steady hand hold. The CZ does not have any handle grooves. Again, some people don’t like the grooves. 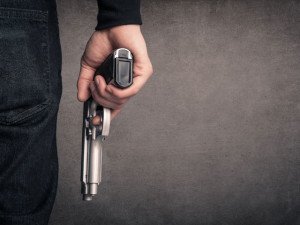 The Glock is striker fired and does not have a visible hammer.  The CZ is hammer fired double action/single action firing DA/SA system. Each squeeze of the Glock is crisp and the same.  The CZ’s trigger squeeze for me was a little more spongy, as most DA/SA guns tend to be.

These last two points are for me a deal breaker, though for many likely won’t be.  I live in a bad area and for me, reaction time is critical- there is virtually no reaction time when someone jumps you.  Many of us carry the Glock loaded when walking around specific areas and it has served us well. When the Glock is loaded with a bullet in the chamber, slide racked it is not temptingly visible that there is a bullet in the chamber and the gun need only the trigger squeezed. I understand those of you who are squeamish about carrying a loaded pistol, and think this sounds nuts, but that just means you haven’t been in the situations I’ve been in.

While there is versatility with the CZ, it comes out of the box with a decocking lever that you can change it to a safety.  I’m less of a fan of the safety or a decocking leaver. With the gun in condition one: bullet in barrel safety locking the hammer back- the gun is in an inviting position for someone to attempt to grab it (especially since it isn’t as comfortable as a concealed carry weapon) and it may portray a mistaken picture of the owner as a crazy extremist. With the Glock racked, bullet in the chamber- it is not visible that the gun is ready in condition one and it less attracts a bad guy’s eye. The first shot like the last shot is  clean, easy, and a short pull. When using the decocker- the hammer is lowered safely so that it is forward and not back- but the first shot is hard and long that many not practiced shooters will most likely miss in an environment where there is no room for error. I need to know that when a bad guy or terrorist is a few feet away from me- all I need to know is that I draw the gun and shoot and each trigger squeeze is the same easy and clean squeeze. In my mind for my purposes, the Glocks ready to shoot bullet in chamber racked gives me the best chance to survive a close combat situation.

Comes Down To Preference 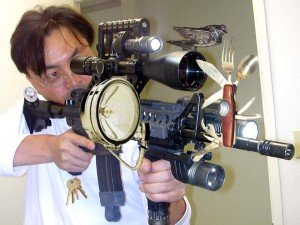 At the end of the day, when you’re trying to figure out which one is better, the Glock 19 or the CZ P-09, the answer is that it depends on personal preference. They are both excellent pistols and have slight advantages over the other. You must figure out what use you are planning for it, and which advantages best suit that use. I’ve fired a large array of weapons, and though some are more comfortable for various reasons than others, with today’s adjustable back-straps, Glock accessories and various customizations, it’s possible to make most modern pistols into one that you’re comfortable with (assuming you don’t have extraordinarily large or small hands or some other physical issue). If you do have smaller hands you might want to take a look at the Glock 26 which is designed for shooters with smaller hands.

Both are good as a duty pistol, match gun, range gun, and/or home defense. Both have fanatic supporters and detractors. I personally think the Glock is better as a duty pistol and home defense, and the CZ-P09 is better as a match and range gun. Maybe I stay with the Glock 19 because I’ve had it nearly half my life and I’m nostalgic about it. I’ve never had any issues with it so I stick with what works for me. There is no bad choice here, and you’ll eventually find what works best for you!

Quick Overview Of Pro’s and Con’s

Now that we have established that both are excellent guns, here are the specific pros and cons VS each other with the basic specs: 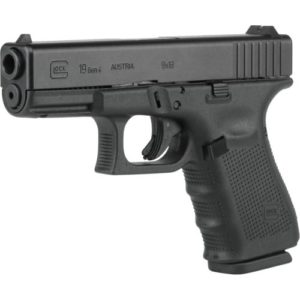